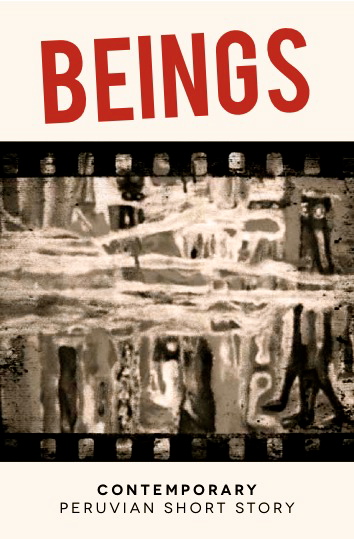 One of the characteristics of the “Generación del 50”, a literary movement in Peru addressing the new social reality of those times, was its brilliant, accelerated rise to fame. Antonio Cornejo Polar, whose critical work has emphatically and definitively critiqued the complex and heterogeneous tensions of twentieth century Peruvian literature, points out the double character of narrative from the fifties, that was, on the one hand, an opening-up and an innovation, and on the other hand, very soon affected by a break that was just as unexpected as it would be far-reaching. Although the prolific literary production of authors such as Julio Ramón Ribeyro and Carlos Eduardo Zavaleta could be taken as examples contesting this judgement, Cornejo proposes a consideration of, among the possible causes of the extinction of this narrative experience, the paradoxical internal tension between these stories and a frustrated, perhaps impossible modernisation. And it is certainly true that the decades following the fifties were very turbulent, violent even, and implosive in many ways.

However, the narrative of the fifties has disseminated a multiplicity of characters to the world of literary creation, intriguing and complex, real through-and-through, still wandering the streets of Lima, the sands of La Punta and the corners of distant cities. These are the characters that are still populating contemporary neorealist Peruvian narrative, which finds its best expression in short fiction.

Beings is, therefore, a cross-section of short fiction and of those lives and spirits representing individual or collective stories. Like a set of cogs, these eight stories, intertwined with stylistic and thematic networks, work together to create a single narrative body. Beings is a journey uniting two essential contributors to urban narrative in the last century, Julio Ramón Ribeyro and Luis Loayza, with representatives of contemporary narrative such as Fernando Ampuero, Guillermo Niño de Guzmán, Jorge Eduardo Benavides, and even Alonso Cueto. Two recent writers of Peruvian narrative, Ricardo Sumalavia and Gunter Silva Passuni, finish off the collection.

The eight stories are built on realism and lived experience as an existential possibility and as a chance for progress, reinterpreting the realism identified in both Josefina Ludmer and Antonio Cornejo Polar’s studies as urban picaresque. Characters move within the confines of reality, passing through their initiation, their conflicts and cutting through the territories of nations. The narrative world generated is held hostage to a crisis of values and serves as evidence of the need to reconsider the future although the premonition of implicit, inevitable failure leaves no room for any kind of meaningful perspective. This is the story of one and many transformations: beyond the carefree and innocent age of adolescence and from youth to nostalgic maturity, as in “Bad Manners” by Fernando Ampuero and in “No More Than a Shadow” by Guillermo Niño de Guzmán; from Peru itself to English-speaking countries, both idealised and troubling, as in “Homesick” by Gunter Silva Passuni and “Alienation” by Julio Ramón Ribeyro; from a conventional existence to alternative, even erotic, experiences, in “It doesn’t have to be that way” by Jorge Eduardo Benavides, “The Offering” by Ricardo Sumalavia, “The Love Artist” by Alonso Cueto, and “Cold Afternoons” by Luis Loayza.

The common thread through these micro-fictions is, therefore, displacement: on the one hand, migration from one country to another, as a possibility for emancipation and success, but also, on the other hand, the re-appropriation of the geography of the same city, understood as a tension and projection of individual and collective moments. Further, a person’s movement also encompasses their corporeal nature: beings and bodies that meet, talk, join, are used and are left behind.

The moment of initiation to reality, to adult life, to maturity, to fulfilment, coincides with desire, with the erotic moment, as a vital impetus and a projection forwards. Our authors show us, with some nostalgia and idealisation, a wide range of different women characters: girls populating the male teenage imagination and presented as dreams that suddenly materialise (as in the case of Ampuero’s Lefty and Niño de Guzmán’s Liliana), foreign housewives offering migrants work and even taking advantage of them (such as Silva Passuni’s Mrs Sherwood), Peruvian beauties with restless desires for social advancement who identify their path to personal success with white people (such as Ribeyro’s Queca), women who put up no resistance to fleeting moments of desire (such as Benavides’s Dana and Clara), who offer themselves or are claimed (such as Sumalavia’s Estela and Olenka), open but also flirtatious and vain (such as Cueto’s Karen, Susy and Denise), and, finally, who escape from the routine of marriage, appearing and disappearing, offering only the possibility of ephemeral love (such as Loayza’s Ana).

The narrative tension is therefore articulated in the vicissitudes of these people, these men, in their experiences with women. Most of the writers, in fact, employ narrators who could really be themselves and who relate the story in the first person. Only in a few cases is the narrator omniscient and external to the narrative, but there is always a specific focalisation that keeps the experience of a man at the forefront, with the only exception the story by Sumalavia.

And it is just behind or inside these characters, and these bodies, that the big national moments are hiding. The stories depict a nostalgic horizon towards the memory of the past, a past that is urban but still innocent and simple, authentic and in opposition to the trend of globalisation, but also the approval of the dominant western cultural model, evidenced bluntly in the stories of Julio Ramón Ribeyro and Gunter Silva Passuni. The critical view emerging from the texts is the existence of a Peruvian cosmopolitan and multi-ethnic identity, fascinated by the foreign and the dream of a different life, of success, but that is simultaneously at odds with the reality of frustration, failure and loss of that same identity that would accompany any departure from the country itself. These bodies are also nations. A person is not only an individual, but also a national of a country, and the stories therefore recreate both a symbolic universe and the idiosyncrasies of a vast, immensely rich country, a country with great potential. This anthology reaffirms the country’s awareness of itself and its people’s identity as Peruvians.

The prose is another element of continuity uniting these pieces, harmonised by a surprising stylistic contiguity which deserves some reflection, since it continues to serve as a valid model in the present day, although its origins are rooted in the midpoint of the last century. The short phrases, their insistent, even urgent pace and their dosification in the economy of the text, in the long narrative sections alternated with extensive, almost cinematic dialogues, make for a palpable story. They involve the reader in the setting of the text itself. And also the subtle irony that always accompanies the narration, configured as an indispensable resource for giving substance to these narrators and narrative beings.

After considering these initiating, conflicting and national standpoints, I would like to note that although this anthology features texts that have been published previously in collections and anthologies, with the exception of Alonso Cueto’s story, they have been gathered here to represent urban neorealism as an intense and emblematic fragment of Peruvian literature, as a centripetal genre, able to look inward, but also centrifugal, projecting the national gaze outward.

Finally, these eight stories, like small pearls, each unique but standing together, showcase the potential of contemporary Peruvian narrative, transforming, as another great Peruvian, Antonio Cornejo Polar, reminds us, “the imperfectability of reality” into “the saturation of literature”.